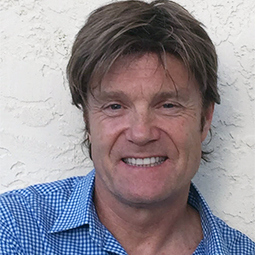 Peter Atterton is Professor of Philosophy in the College of Arts and Letters at San Diego State University. He obtained his Ph.D. in Philosophy at the University of Essex. In addition to extensive work on Emmanuel Levinas, he has written on Darwin, Nietzsche, Heidegger, Kantian ethics, Michel Foucault, Jacques Derrida, psychoanalysis, human rights, human extinction, and the sci-fi movie Blade Runner. His current research focuses on Levinas and the philosophical implications of Darwinism. In addition to his various co-edited books: Face-to Face with Animals (SUNY), The Continental Ethics Reader (Routledge), Levinas and Buber (Duquesne), Animal Philosophy (Continuum), Radicalizing Levinas (SUNY), his articles have been published in Kant-Studien, Research in Phenomenology, History of the Human Sciences Journal, Inquiry, The Psychoanalytic Review, Philosophy Today, International Studies in Philosophy, and Symploke, among others. He is co-author of On Levinas (Wadsworth) and guest editor of Levinas Studies. An Annual Review, Vol. 5. He is currently editing a collection of essays on Levinas and Shakespeare. 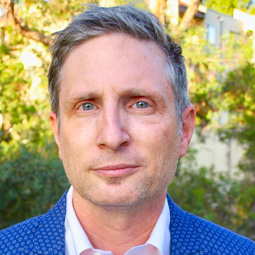 David P. Cline is an historian specializing in 20th and 21st century U.S. social movements, oral history, the digital humanities, and public history. From 2011-2017 he was Assistant Professor of History at Virginia Tech and Director/Associate Director of the Graduate Certificate in Public History there. Since 2013 he has also been a Lead Interviewer and Research Scholar for the Civil Rights History Project of the Library of Congress and the Smithsonian Institute’s National Museum of African American History and Culture. David was also the Associate and Acting Director of the Southern Oral History Program at the University of North Carolina at Chapel Hill from 2008 to 2011. His public and digital history projects have included an augmented and virtual reality experience of a World War I battlefield site in Vauquois, France; an augmented reality iPad-accessible application that helps teach African American history and the skills of historic inquiry; major national oral history projects and local projects focusing on African American, university, and LGBTQ history; and museum and historic site exhibits. David's most recent book is From Revolution to Reconciliation: The Student Interracial Ministry, Liberal Christianity, and the Civil Rights Movement (UNC Press, 2016) of which CHOICE recently said: "Every academic and church library should acquire this timely, important book." Nominated for the 2017 Oral History Association Book Prize, It examines the story of the Student Interracial Ministry, founded at the same time and place as its better known ally the Student Nonviolent Coordinating Committee, but whose seminarian members wanted to not only dismantle Jim Crow in the South but also change the mainline Protestant churches' approach to racial issues. David is also the author of Creating Choice: A Community Responds to the Need for Abortion and Birth Control, 1961-1973 (Palgrave Macmillan, 2006), which explored community reproductive rights networks in Massachusetts prior to the Roe V. Wade decision. He is currently finishing Twice Forgotten, a book that uses oral histories to delve into the African American experience of the Korean War and to connect these to the civil rights movement. 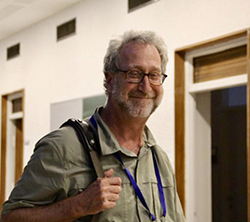 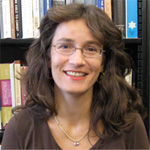 Susanne Hillman received her Ph.D. in modern European history, with an emphasis in (Jewish) Germany, from UC San Diego. Her research has been published in a wide variety of academic journals including Leo Baeck Institute Year Book, German Studies Review, Journal of the History of Ideas, Soundings, Journal of Women’s History, Celebrity Studies, etc. She teaches survey courses in world history and Western civilization and upper-division courses including the history of the Holocaust and modern Jewish history. Hillman recently completed an MA in British Literature at SDSU. 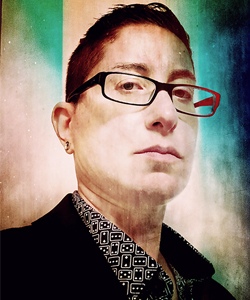 Yetta Howard (Ph.D., University of Southern California, 2010; M.A., Mills College, 2002; B.A., Boston University, 1998) is Associate Professor of English and Comparative Literatureand Co-director of the LGBTQ Research Consortium at San Diego State University. An expert on underground and unpopular cultures, Dr. Howard specializes in gender and sexuality studies, queer studies, and feminist theories of race and ethnicity in the context of visual, auditory, and corporeal forms, and with an investment in experimental and avant approaches to 20th- and 21st-century textual practices and minority discourse. Howard is the author of Ugly Differences: Queer Female Sexuality in the Underground (University of Illinois Press, 2018) and the editor of Rated RX: Sheree Rose with and after Bob Flanagan (forthcoming Fall 2020, The Ohio State University Press), a collection of essays by scholars and artists, photographs, and archival materials.

Some of Howard’s work appears in American Literature; Social Text; Sounding Out!; TSQ: Transgender Studies Quarterly; The Journal of Popular Culture; Women & Performance: A Journal of Feminist Theory; Fiction International; The Middle Spaces; On the Politics of Ugliness (Palgrave Macmillan); Survival of the Sickest: The Art of Martin O'Brien (Live Art Development Agency); and Howard guest edited a special issue of Journal of Lesbian Studies on the theme "Under Pressure." Some of Howard's forthcoming work will appear in The Comics of Alison Bechdel: From the Outside In (forthcoming January 2020, University Press of Mississippi); Keywords for Comics Studies (forthcoming Summer 2020, New York University Press); The Routledge Companion to Gender and Sexuality in Comic Book Studies (Routledge); Disability and Art History, Volume 2 (Routledge). Howard is also at work on a new book project, Erratic Erotics: The Sexual Politics of Discordance. A darkroom-trained-turned-digital photographer for over two and half decades, Howard has had recent exhibition activity at Oceanside Museum of Art (Oceanside, CA); Front Porch Gallery (Carlsbad, CA); The Arc Gallery and Studios (San Francisco, CA); The FRONT Arte y Cultura (San Ysidro, CA). Howard was a ONE National Gay and Lesbian Archives Research Fellow (for Rated RX) and received a Heller-Bernard Fellowship from CLAGS: The Center for LGBTQ Studies at The Graduate Center, CUNY. Dr. Howard is affiliated faculty with SDSU’s LGBTQ+ Studies Program, Women’s Studies Department, M.A.L.A.S. Program, and serves on the editorial board of SDSU Press. For more information: www.yettahoward.com

Risa Levitt is a professor of Hebrew Bible and Judaism at San Diego State University. Born and raised in Toronto, she earned a BA in History from York University and an MA in Near Eastern Studies from the University of Toronto. Her PhD in History was awarded in 1997 from the University of California, San Diego. Past president of the Society of Biblical Literature (SBL), Pacific Coast Region, she has also served as Chair of its Committee for the Status of Women in the Profession. Dr. Levitt's work includes A New Heart and a New Soul: Ezekiel, The Exile and the Torah (Sheffield Academic Press) and A Portable God, the Origin of Judaism and Christianity, co­authored with Dr. Rebecca Moore (Rowman & Littlefield, 2007).

Levitt has worked closely with the Israel Antiquities Authority and has served as curator for Dead Sea Scrolls Exhibitions at the San Diego Natural History Museum (2007), The North Carolina Museum of Natural Sciences (2008), the Royal Ontario Museum in Toronto, Canada (2009) and the travelling exhibition “Dead Sea Scrolls: Life and Faith in Ancient Times,” which has appeared in New York, Philadelphia, Cincinnati, Boston, Salt Lake City, Los Angeles and Denver. She served as an academic consultant for the Jewish Museum and Tolerance Center in Moscow, Russia and is lead curator for the exhibition Memory Identity Encounter: Ukrainian · Jewish · Journey at the Royal Ontario Museum in Toronto, Canada.

Dr. Levitt has been awarded two of SDSU's highest honors, the President's Top 25 Award, awarded by SDSU’s president to those accomplishing transformational work, and the Alumni Association Award for Outstanding Faculty Contribution to the University.